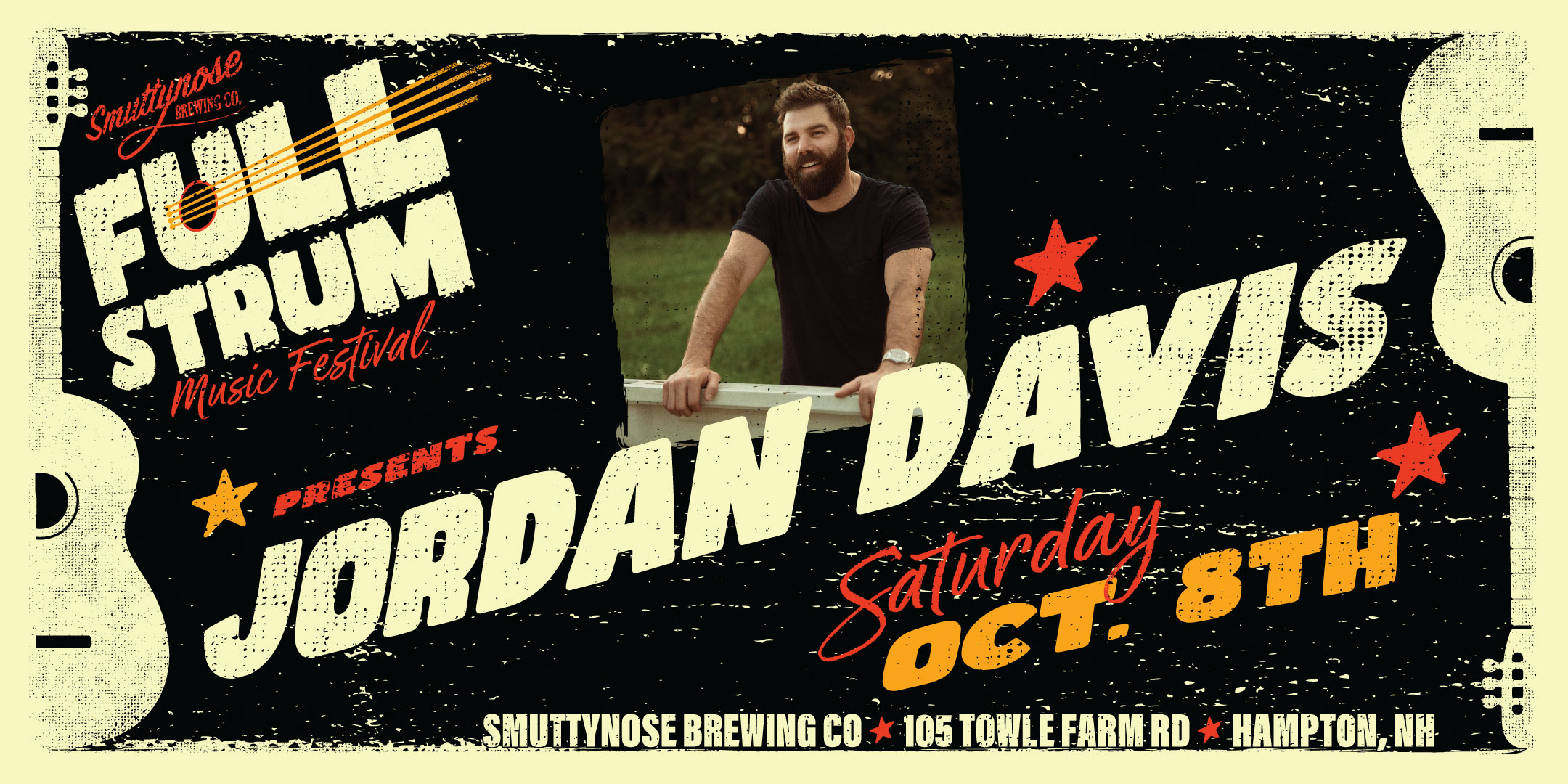 Tickets to the event can be purchased starting September 6th and continuing through the week of the show. Prices start at $65 for general admission plus processing fee. The concert will take place outside on the 4 acre field adjacent to the brewery, rain or shine, and the campus will be closed to the public on event weekend so only ticket holders will be able to access the venue.

Current Billboard Award nominee Jordan Davis first broke through with his 2018 Gold-certified debut album, Home State and three consecutive No. 1s-including the Platinum-Certified hits “Slow Dance In A Parking Lot,” “Take It From Me,” and the Double Platinum-Certified “Singles You Up.” Named Billboard’s Top New Country Artist of 2018 and Best New Country Artist at the iHeart Radio Music Awards, Davis continued to earn accolades and has garnered more than 2 billion streams and counting. Most recently, Davis wrote and released his 8 song EP Buy Dirt, whose title track became one of the Top streamed country songs of all time and earned the singer/songwriter 4 ACM nominations, including Song of the Year, as well as a CMA nomination for Musical Event of the Year. Currently touring the country on the Buy Dirt tour, Davis was just announced as direct support for Luke Combs’ upcoming tour.